GeneSpace uses the Genetic Algorithm to simulate the evolution of rockest shooting on the target. In the beginning, the rockets will completely lose their direction and hit on anywhere. After a few rounds of evolution, they will find some way to go higher. Eventually, they all will be able to hit on the target. You will be the witness of this historical evolution. How does this work? The gene/DNA is an array of three-dimensional vectors. Each vector will act as a force on the rocket so the rocket will move based on these vectors. The fitness of a DNA is calculated by the distance between the final position of the rocket and the target. The rocket that is closer to the target will get a higher fitness score on its DNA. The higher fitness score means it will have a higher chance to reproduce and pass their DNA to the next generation. The DNA will also have some lower chance to mutate when they are being produced. According to Darwin’s survival of the fittest, the good DNA will be passed and evolving, the bad DNA will be flushed, the fitness of if DNA will grow generation by generation. And you will see all of these in this little AI rocket simulator. 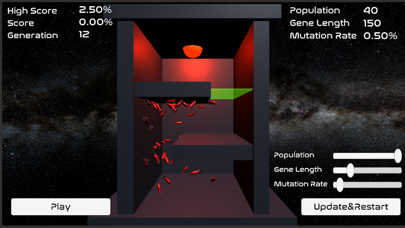 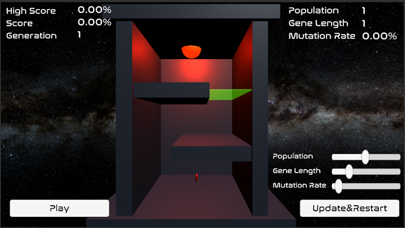 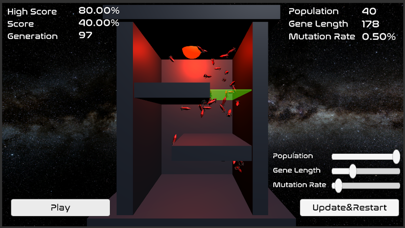